Willows, sallows and osiers form the genus Salix, around 400 species of deciduous trees and
shrubs, found primarily on moist soils in cold and temperate regions of the Northern Hemisphere.
Most species are known as willow, but some narrow-leaved shrub species are called osier, and
some broader-leaved species are called sallow (the latter name is derived from the Latin word salix,
willow). Some willows (particularly arctic and alpine species), are low-growing or creeping shrubs;
for example the dwarf willow (Salix herbacea) rarely exceeds 6 cm in height, though spreading
widely across the ground.

Willows are very cross-fertile and numerous hybrids occur, both naturally and in cultivation. A well
known example is the weeping willow (Salix × sepulcralis), very widely planted as an ornamental
tree, which is a hybrid of a Chinese species and a European species Peking willow and white willow.
The leaves and bark of the willow tree have been mentioned in ancient texts from Assyria, Sumer
and Egypt as a remedy for aches and fever, and the Ancient Greek physician Hippocrates wrote
about its medicinal properties in the 5th century BC. 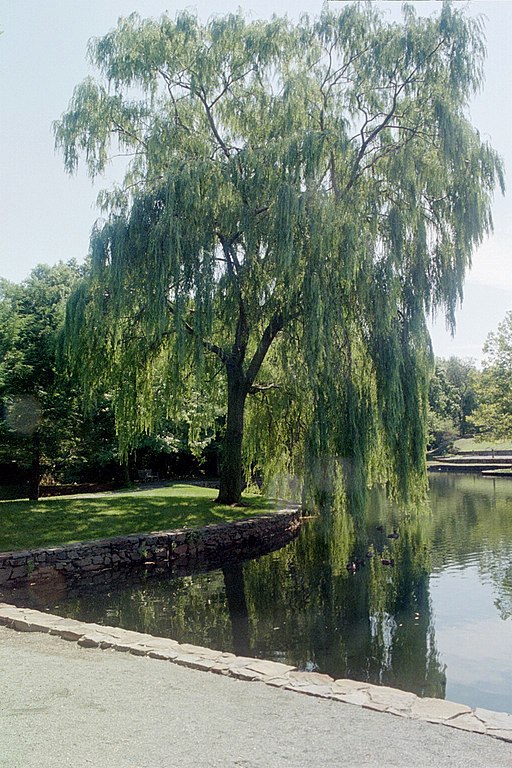 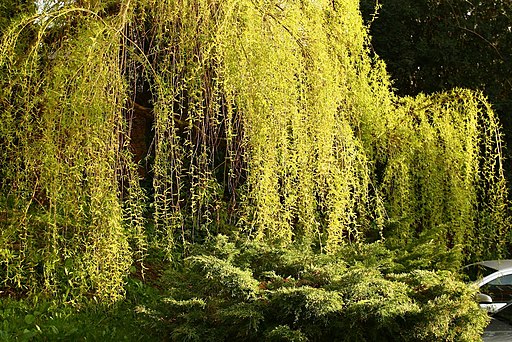 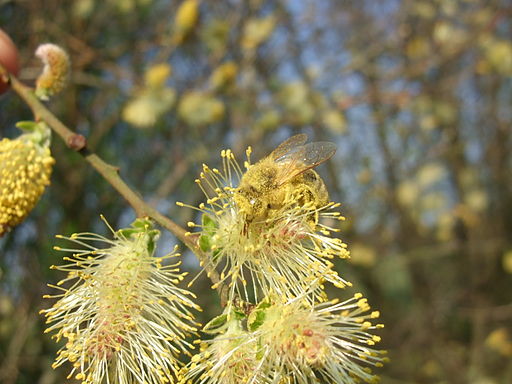 Male catkin with bee
About the TimberPedia