The Wellingtonia was discovered near San Francisco, California, in 1853, 5 years after the
Californian Gold Rush and the completion of Lisnavagh House. Named in honour of the Duke who’d
died in 1852, the Wellingtonia rapidly established its popularity in the British Isles with several
thousand trees planted over the 1850s and 1860s. The Wellingtonia at Lisnavagh, the highest tree
on the estate, probably dates to this era and is over 30 meters (100 feet) high. (Turtle Bunbury)

IT is also called sequoia, bigtree, and Sierra redwood. Giant Sequoia is the world’s largest tree in
terms of total volume. They grow to an average height of 50-85 m (The oldest known Giant
Sequoia based on ring count is 3,200 years old. Lower branches die fairly readily from shading, but
trees less than 100 years old retain most of their dead branches. Trunks of mature trees in groves
are generally free of branches to a height of 20-50 m, but solitary trees will retain low branches.

Wood from mature Giant Sequoias is highly resistant to decay, but is fibrous and brittle, making it
generally unsuitable for construction. 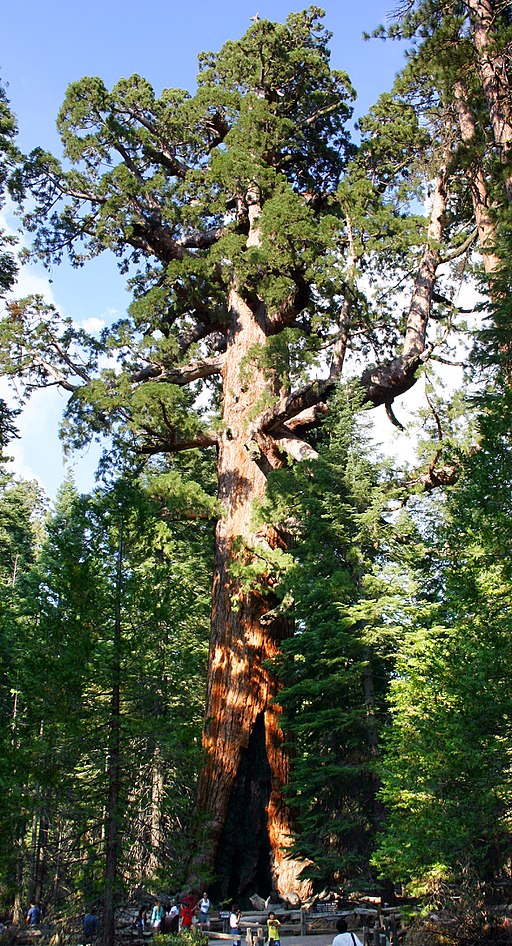 The "Grizzly Giant" Wellingtonia in California

A Wellingtonia-lined avenue in Scotland

Cones and seeds
About the TimberPedia