Introduced to Britain very early on (pre-Roman according to some). It was cultivated in Southern
Europe in groves for several hundred years before the Romans invaded Britain.
The green fruit contains the wrinkled nut, but this only usually ripens in southern parts of the UK &
Ireland, unless the summer is particularly warm.

The tree, probably in nut form, was transported to England by legions of the Roman armies when
they conquered the islands around 43 A.D. or during their occupation in the next 100 years or so.
Stock from these trees and the British nurseries were used to plant the trees in France and Spain
and throughout Europe. It is not known precisely when or where the first English or “Persian”
walnut was planted in the U.S.A. , but orchards appeared and further development of various
strains took place. In California at an early date, orchards were set out using “Claro” root stock with
English grafts. A typical high graft tree, seventy to eighty-five years old, may have a “Claro” butt
log three feet or more in diameter, two to six feet long and an English Walnut graft, three feet in
diameter. The buttlog would be “Claro” Walnut (Juglans hindsii) and the upper would be English
(Juglans regia) , and no matter what you call it – English, California English, California French, etc. –
it is still Juglans regia, or Persian Walnut, which has travelled a long way through the centuries.

Grafting is a process where an English Walnut cutting is attached to a California Black Walnut
root stock. This procedure is usually done at an early stage of development. This is done because
of a fungus that exists in the soil found in the Sacramento and San Joaquin Valleys. The California
Black Walnut, or Claro Walnut is immune to this fungus. One hundred percent of all commercial
walnut orchards in the state of California are grafted. The samples below are mature examples of
this procedure.

It is used for veneer, fetching very high prices for furniture. Walnut timber is considered the most
valuable timber from the European ones.

The Walnut Tree has edible nuts and high quality timber. The timber of the Common Walnut is very
stable which makes it valuable for gun-stocks. It also takes a very high polish which makes it very
suitable for high quality furniture. It also means that it is usually a very expensive timber. 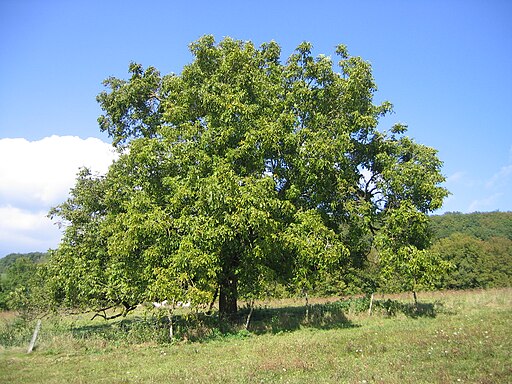 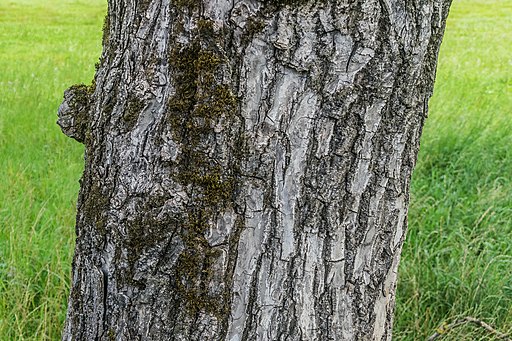 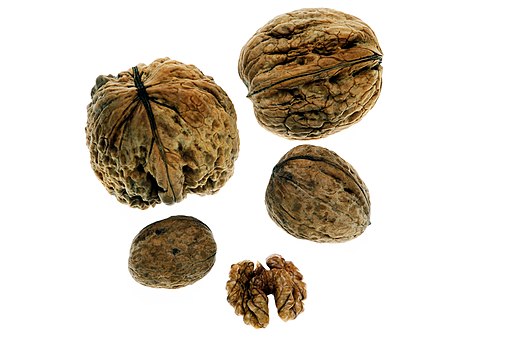