The distinctive yellowing pods of this small tree are believed to have been brought to Ireland
during the reign of Charles II in the late 17th century. Laburnum was probably planted as a
hedgerow, although there is an ancient theory that its bark is so favoured by hares and snails that
they’ll leave all other trees alone in order to munch on the laburnum.

The timber has a well defined figure. Colour ranges from brown to dark green. The grain is
staright. Hard and heavy timber.

Rich brown heartwood with a much lighter sapwood, creating a striking contrast. Characteristics: One of the darker British timbers. Laburnum makes beautiful mushrooms and goblets.

Wood is hard. It is highly esteemed by turners and is used for making musical instruments.
All parts of the plant are poisonous and can be lethal if consumed in excess. 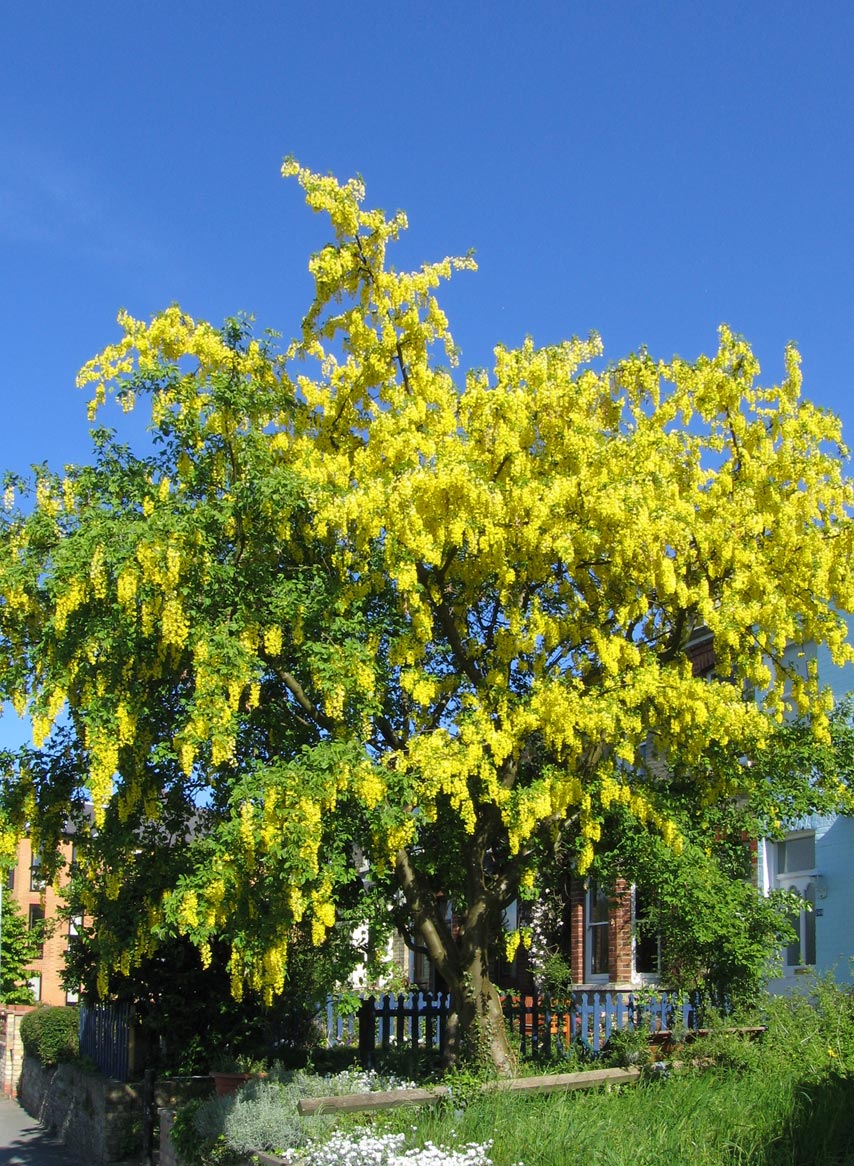 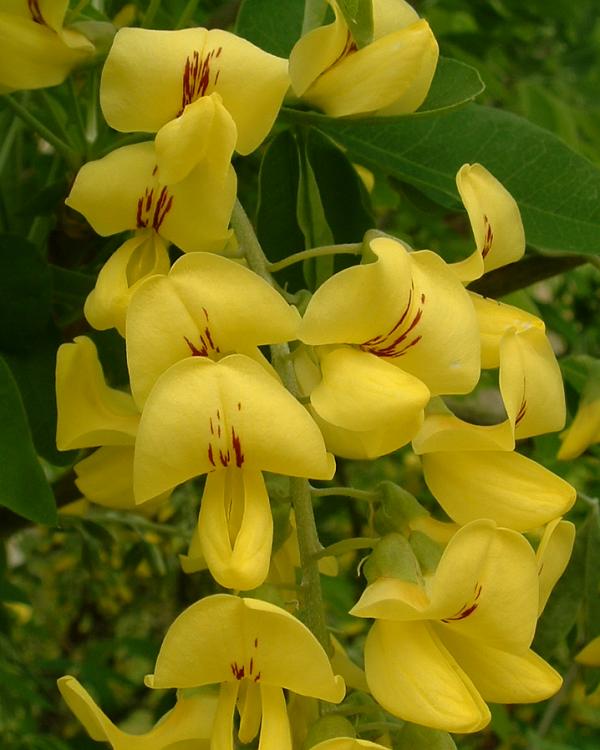 Laburnum flowers
About the TimberPedia