Also known as the Chequer(s) or Checker(s) Tree, is a medium sized, deciduous tree native to Europe, North Africa, and Asia. It grows to a height of 25m.

It is relatively rare and is usually confined to pockets of ancient woodland, although it can also be found growing in hedgerows. It can often be found associated with oak and ash woods, preferring clay and lime based soils.

The leaf is rather maple-like but, unlike maples, they can have 3 to 5 pairs of lobes, or five to
seven lobes. Leaves are dark green on both sides, coarsely toothed.

The undersides have small hairs when young, but both sides are smooth and shiny when older. The
bark is smooth and greyish, but flaky, peeling away in squarish plates to reveal darker brown
layers. This gives rise to its alternative name of the Chequer Tree. In September and November,
the tree produces light brown round berries, which are also called chequers. The berries are edible
and taste similar to dates, The berries are traditionally known as a herbal remedy for colic; the
tree’s Latin name, ‘torminalis’ means ‘good for colic’. Before the introduction of hops, the berries
were used to flavour beer

Rare, but used for turnery and cabinet work. 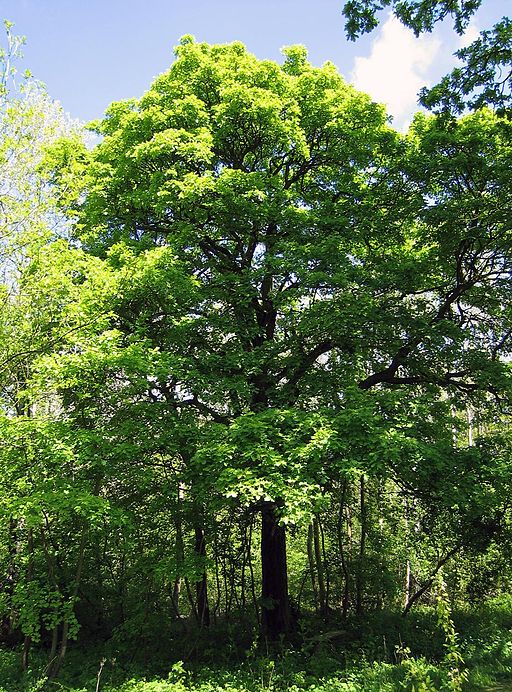 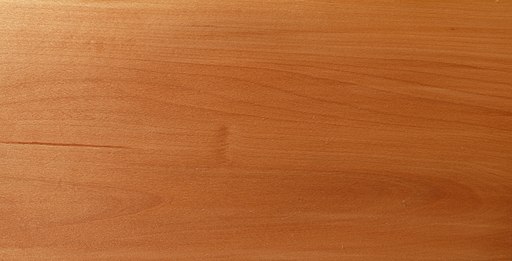 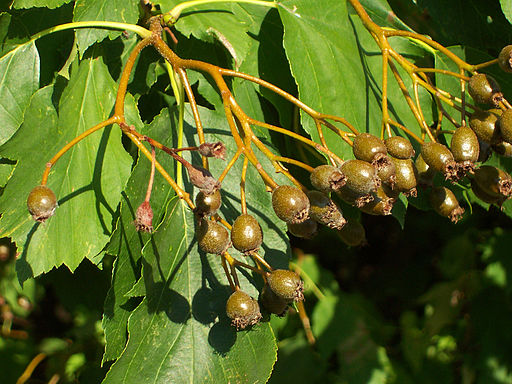 Foliage and fruit
About the TimberPedia