A cross between Oriental Plane and American Plane, and first described in the Oxford Botanic
Gardens in around 1670. The bark falls of in sheets, so it thrived in London’s polluted atmosphere
(when the soot also fell off in sheets!)

The London Plane is a tall handsome tree with unusual bark, which peels off in large plates
revealing patches of creamy white; deeply palmately lobed leaves and spiky globular fruits, which
hang in threes or fours on a single stalk.

The plane tree in England has primarily been used as a large amenity and ornamental tree. In
Greater London it is a regular and common component of most larger urban parks, many streets,
and is regularly used in many other forms of landscaping where a large tree can be used. It is
similarly used as an urban parkland and street tree in cities throughout the temperate regions.
It has many advantages as an ornamental tree including great size and longevity where these are
required. Other advantages include a moderate shade that is sufficient to allow grass or other
plants to grow below it, tolerance of pollution, tolerance of difficult soil conditions, and also
tolerance of pruning, including bad pruning. It is often planted in places for which it will grow too
big, sometimes on the assumption that as it responds well to pruning, it can be so dealt with in
maturity.

Apart from size and longevity, some other features that may make it useful for particular purposes
are; its large and prominent leaves, its dappled bark, with colour changes through the season as bark is shed, an attractive winter crown, in its trunks, its branch pattern and in the twigs, (this can vary between species and cultivars) its pendant fruit which lasts through the winter on the tree.

The sugary sap has been tapped from the occidental plane and used for human consumption in
North America.

Dyes have been prepared from the roots and stems of oriental plane in Kashmir. In recent years the occidental plane has been used as a biomass crop in the US because of its high
rate of growth in good soil conditions.

The genus is known to cause bronchial and hayfever-like problems with some people due to the hairs and down that they shed from the young leaves and fruit. These are a problem particularly in
spring and early summer. It affects most seriously any people disturbing the foliage, such as people
carrying out work on trees. It has also been known to cause problems with children in areas
adjacent to trees. Some people are not affected. Pruning work on these trees sometimes has to be
halted until late summer till most of the hairs are shed and staff are able to work on it again. The
bulk of the irritating hairs come off the young fruits.

The timber is called variously lacewood, lacewood plane, plane, buttonwood or sycamore. It has a
characteristic attractive lacy appearance which is sought after for some furniture. It is not
longlasting out of doors. However, it has moderate strength and hardness, and it is quite suitable
for indoor furniture and joinery use. In this use, it is stable and it can take a fine finish and polish.

The timber is neither widely available nor widely used, but a certain amount of wood does enter
the timber trade from the widely planted European ornamental tree stock. Some of the available
timber is used for veneering. Plane trees are sometimes also grown specifically as a forestry crop
for joinery and veneering timber, especially P. occidentalis in the USA. 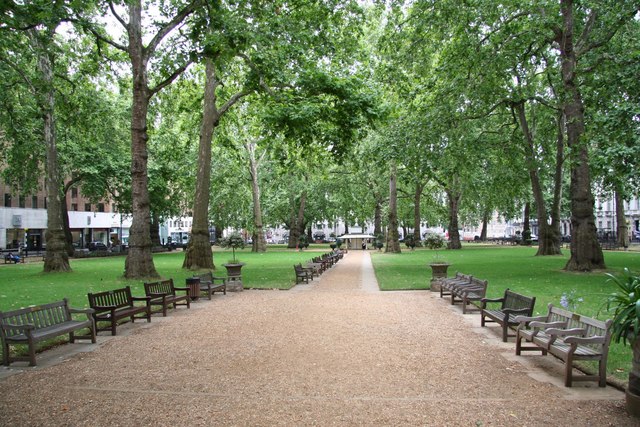 Plane trees in a public square 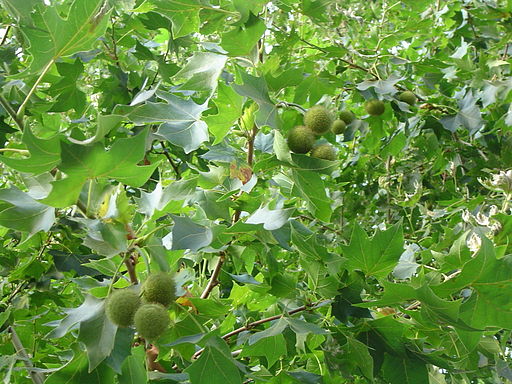 Trunk in winter
About the TimberPedia