The Irish name for Oak is Dair Ghallda. Variations of this appear in numerous place names in
Ireland, such as Derry, Kildare, Adare, Derreen, etc. In Ireland, the Sessile Oak is also called the
Common or Irish Oak. (The Common Oak in England is the Pedunculate Oak).

Oak pollen has been found deep in the layers of Ireland’s 9000-year-old peat bogs suggesting the
oak is an indigenous species. Pagan Irish and Christian monks alike revered these remarkable trees
for their longevity – anything up to 500 years – and sturdiness. From the 17th century onwards, oak
has been planted deliberately across the demesnes and managed woodlands of Ireland, initially to
create timber for shipbuilding. Long-tailed tits, red squirrels and other cheerful creatures frequent
the oak wood derris scattered across Lisnavagh estate. (Turtle Bunbury)

‘Sessile’ means unstalked and refers to its clustered acorns.

The Sessile Oak is a deciduous tree with a narrower crown and more upright branching than
Pedunculate Oak. the bark too gets deeply fissured with age. It is native in woodlands particularly
on acid soils,

Sessile & Pedunculate oak have indistinguishable timber, which is valued highly, although thetimber is believed by some (probably the English!) to be less durable than the common/pedunculate oak.

Fair suitably for woodcarving. Very hard and brittle in cross section. Not suitable for small work.
Hard on tools . 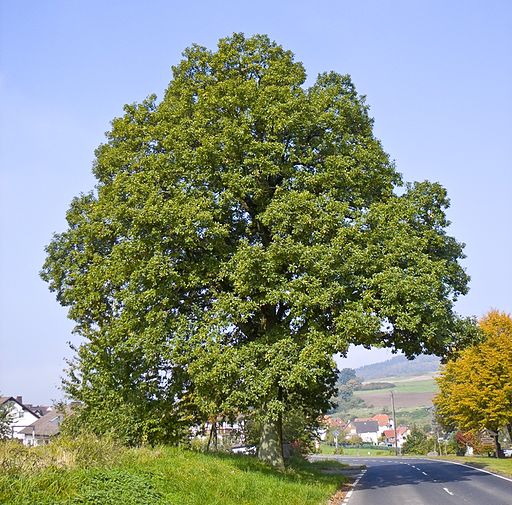 Shoot with leaves and acorns
About the TimberPedia