Japanese Larch is a deciduous Conifer, which was introduced to Ireland C.1861.  Unlike the European Larch is is not susceptible to Larch canker.

Originating from the volcanic mountain on the Japanese island of Honshu.

‘Larix’ is the old Latin name for the tree. The descriptive ‘kaempferi’ is in honour of the German
physician Engelbert Kaempfer, who travelled widely in the East and lived for 2 years in Japan.
Often called the ‘Money Pine’ in its native Japan this apparantly is not directly related to the issue
of money, but a reference to its use as a Bonsai tree, which it is popularly used for

Like other Larches the wood is valuable, but great care needs to be taken in sawing it to stop its
planks from warping.

It is strong, durable and tough and suitable for structural work. Thinnings are popular as fencing
posts.

Stands of Japanese Larches are sometimes planted as a fire-break in amongst other much more
inflammable Conifers. This is because the wood of the living trees smoulders rather then burns
whilst its vigorous growth mostly prevents the growth of any significant inflammable undergrowth. 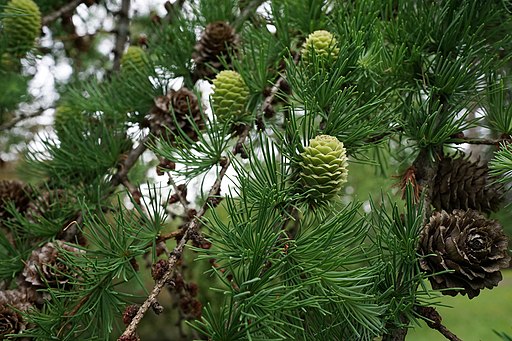 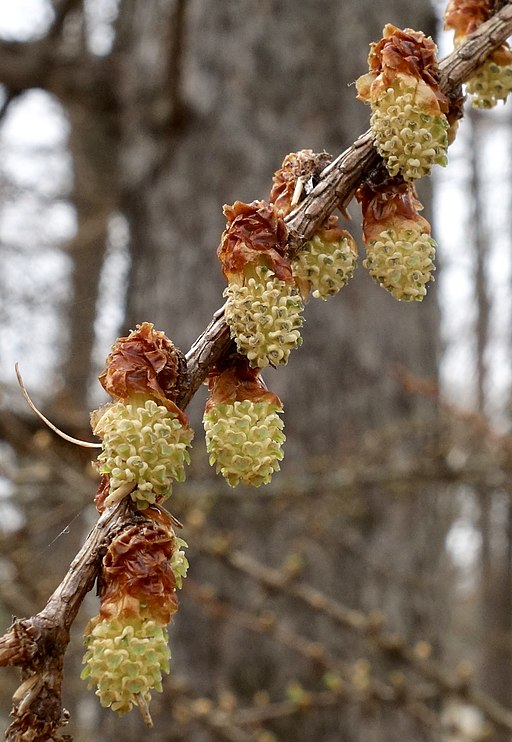 Male cones
About the TimberPedia