Introduced 1838, Monterey cypress is an evergreen conifer .Endemic to the central coast of
California, occuring naturally in only two groves, Cypress Point and Point Lobos on Monterey Bay on
the central coast of California it is now almost extinct in the wild. It is however wildly grown in
many in many parks, gardens and churchyards in Ireland and the UK.

While it was widely used as a hedging plant before the advent of Leyland Cypress (Cupressocyparis
leylandii) of which it is a parent. It is a medium-sized evergreen tree, which often becomes
irregular and flat-topped as a result of the strong winds that are typical of its native area. It grows
to heights of around 10-20 m, and its trunk diameter reaches 0.6 m, rarely up to 1 m or more.

Monterey Cypress is one of the parents of the fast growing cultivated hybrid Leyland Cypress, the
other parent being Nootka Cypress.

This tree is toxic to horses and other livestock.

Timber was used for fence posts. It is used by many craftspeople in the production of boats and
furniture, structural material and a decorative wood because of its fine colours. 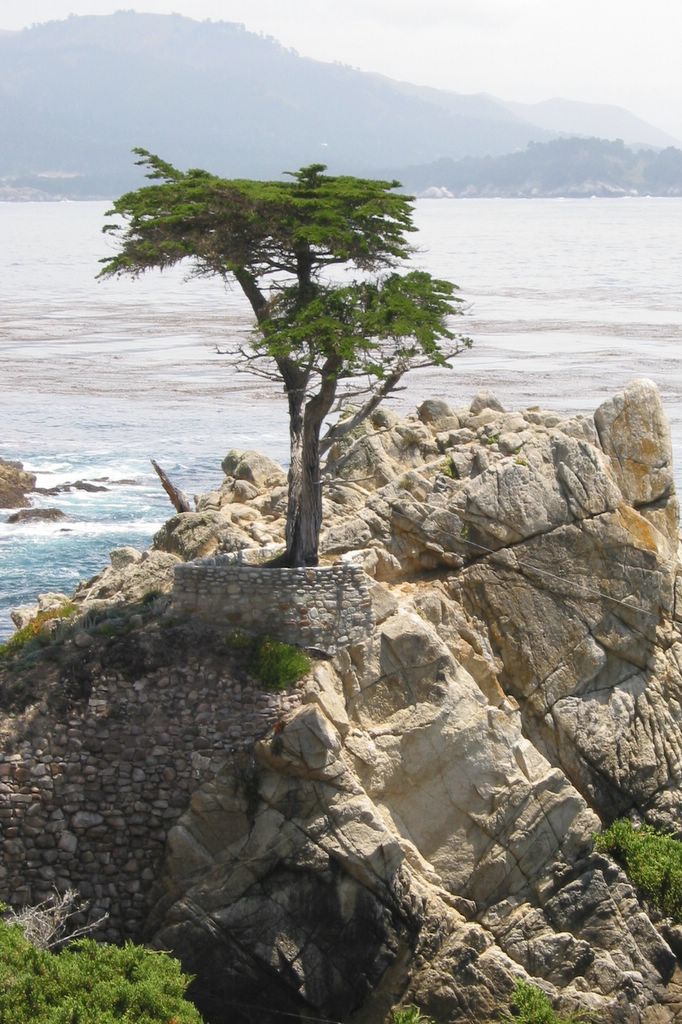 The "Lone Cypress" - Monterey, California
About the TimberPedia